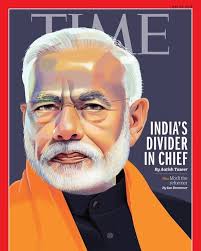 As diverse Americans, we very much appreciate that the Bill and Melinda Gates Foundation helps fund numerous important grassroots programs each year. Nevertheless, we are deeply disturbed to discover that the Foundation will be giving an award to Indian Prime Minister Narendra Modi later this month. Whatever his positive contributions may be, Prime Minister Modi promotes a form of Hindu nationalism that systematically disenfranchises minority communities in India.

Moreover, given Modi’s dramatic restriction of human rights in Kashmir, especially since August 5, 2019, celebrating his leadership at this time sends an insult not only to Kashmiris and Indian minorities, but to Muslims everywhere. Choosing this moment to honor such a controversial figure seems to us unnecessarily provocative.

Under Prime Minister Modi’s leadership, India has descended into dangerous and divisive politics that have consistently undermined both human rights and democracy. Mobs are organized to respond to alleged sectarian “offenses” and the Indian Supreme Court has warned that these “horrendous acts of mobocracy cannot be permitted to inundate the law of the land,” according to Human Rights Watch.

In Assam, 1.9 million Indians have been stripped of citizenship; in Kashmir, since August, 800,000 Indian soldiers have kept eight million Kashmiris without freedom of movement, phone or internet service for the last month. Because of these and ongoing human rights abuses, children in Kashmir from kindergarten to college are unable to attend school. As one of your organization’s goals is to “ensure that young people survive and thrive,” please consider this statistic: in 2016 (the year the most recent data has been available), schools in Kashmir were open for only four months out of the year.

Human rights organizations, including Justice for All/Kashmir Action, are issuing genocide alerts for Assam and Kashmir. At the same time, experts inside and outside India have never cleared Prime Minister Modi for his role in the horrific 2002 sectarian massacres in Gujarat. As a result of his role, Modi was banned from entering the United States, the UK, and Canada for 10 years until he acquired diplomatic immunity by becoming India’s Prime Minister. This fact alone should have prevented your Foundation from honoring this man.

We ask that you rescind this honor to a problematic head of state and instead choose other Indians who are doing noble work on the grassroots level. This is clearly the wrong time for the Foundation to send a signal that not all lives matter equally.

If you would like your name to be added please fill out this form: https://forms.gle/eLgMqbPBGpUfUDai6

Genocide Case Against Burma: Winners & Losers at the International Court of Justice