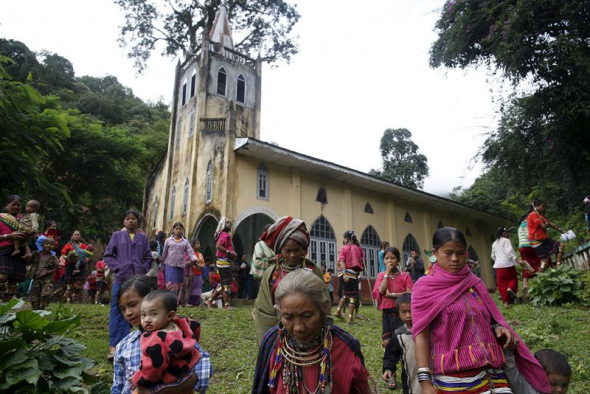 Hundreds of minority Christians in Myanmar are being forced to sign papers vowing to limit their faith and not pray in churches, pastors have warned.

A church leader identified as the Rev. Lazarus, general secretary of the Lahu Baptist Convention in Kyaing Tong, eastern Shan State, told UCA News on Wednesday that close to 100 Wa Christians were released by the United Wa State Army after they agreed to the orders.

Christians who signed the pledges are now mandated to only pray privately in their homes and not in churches.

Lazarus added that 92 ethnic-Lahu Christians remain in captivity, however, while dozens of churches have been shut down. He warned that the believers are faced with no choice but to sign the papers.

“Christians will face more restrictions and be closely monitored by the United Wa State Army, so the situation is worrisome,” he said.

Vigil To Honor Victims of Genocide in Burma

The investigation, which involved travelling to remote parts of Myanmar, follows months of persecution against Rohingya…